Armenia is enticing to all avid travelers with its exotic natural beauty. Nestled in the Caucasus mountains Armenia will amaze you by its fascinating landscapes, snow-capped mountains, lush forests, fast flowing river canyons, dramatic gorges, world's oldest churches, monasteries and fortresses. In addition to the natural beauty and architecture you'll experience the uncommon Armenian hospitality, the unique national cuisine, its amazing wine and sophisticated brandy, the rich culture and history as well as the old traditions and customs. Armenia is a part of Europe's legendary landscape where the Garden of Eden was located according to the Holy Scriptures.Only in Armenia you can see the breathtaking view of the biblical Mount Ararat where the Noah's ark came to rest after the Great Flood. 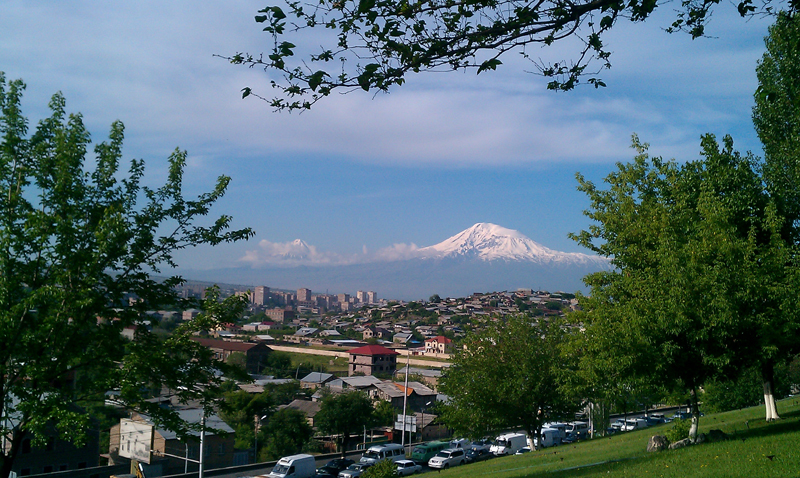 Armenia is the first officially Christian country in the world since 301A.D. It means here you’ll see the world’s oldest churches and monasteries located in stunning natural settings. And all those wonders of architecture are located around Yerevan in a diameter of 200km. 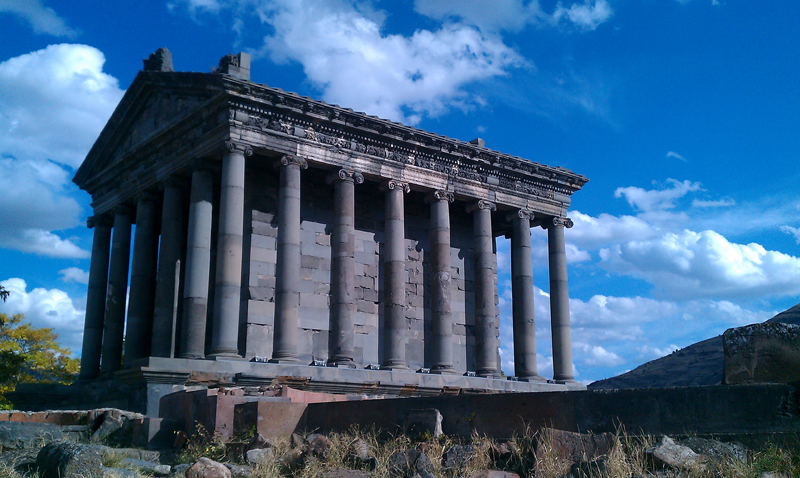 To experience the uncommon hospitality of the Armenian people!  The Armenian mythology is the only one in the world having a God of Hospitality named VANATOOR. No wonder here the people may invite you into their houses to share food with you even if they don’t know you. 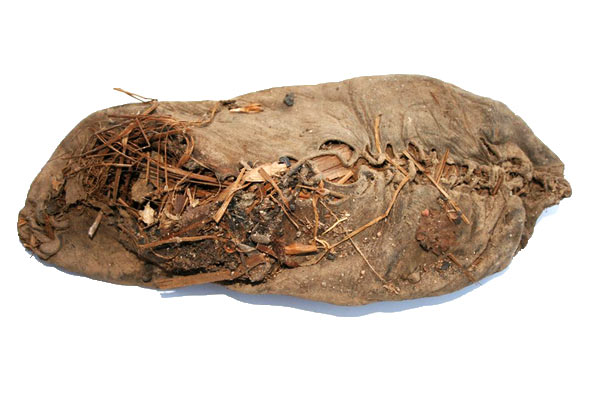 5. Taste the Armenia Wine and Cognac

To taste the Armenian pomegranate  wine and the most sophisticated Armenian cognac which is the visit card of Armenia. 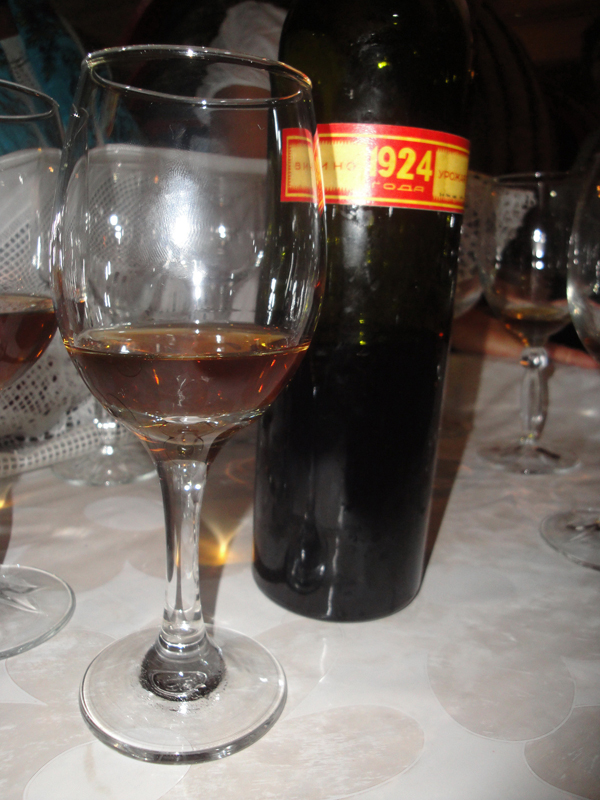 6. Taste the Apricots of Ararat Valley

To taste the sun-kissed apricots of Ararat Valley. “Prunus armeniaca” in Latin means “Armenian plum” as Armenia is the homeland of the apricot, the only fruit containing gold in its composition. 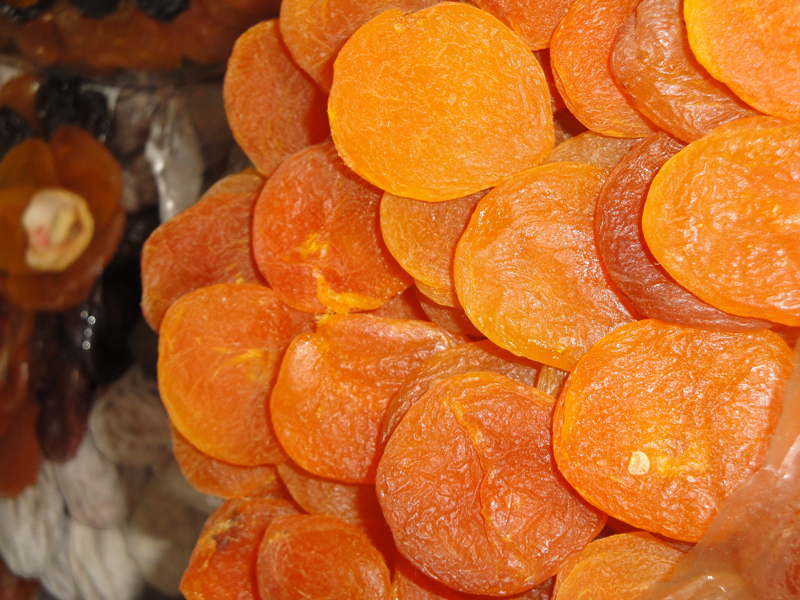 To buy the world’s most beautiful ancient rugs and carpets. Some carpet showrooms offer ancient carpets. The world oldest carpet is an Armenian carpet located at a museum in Vienna. 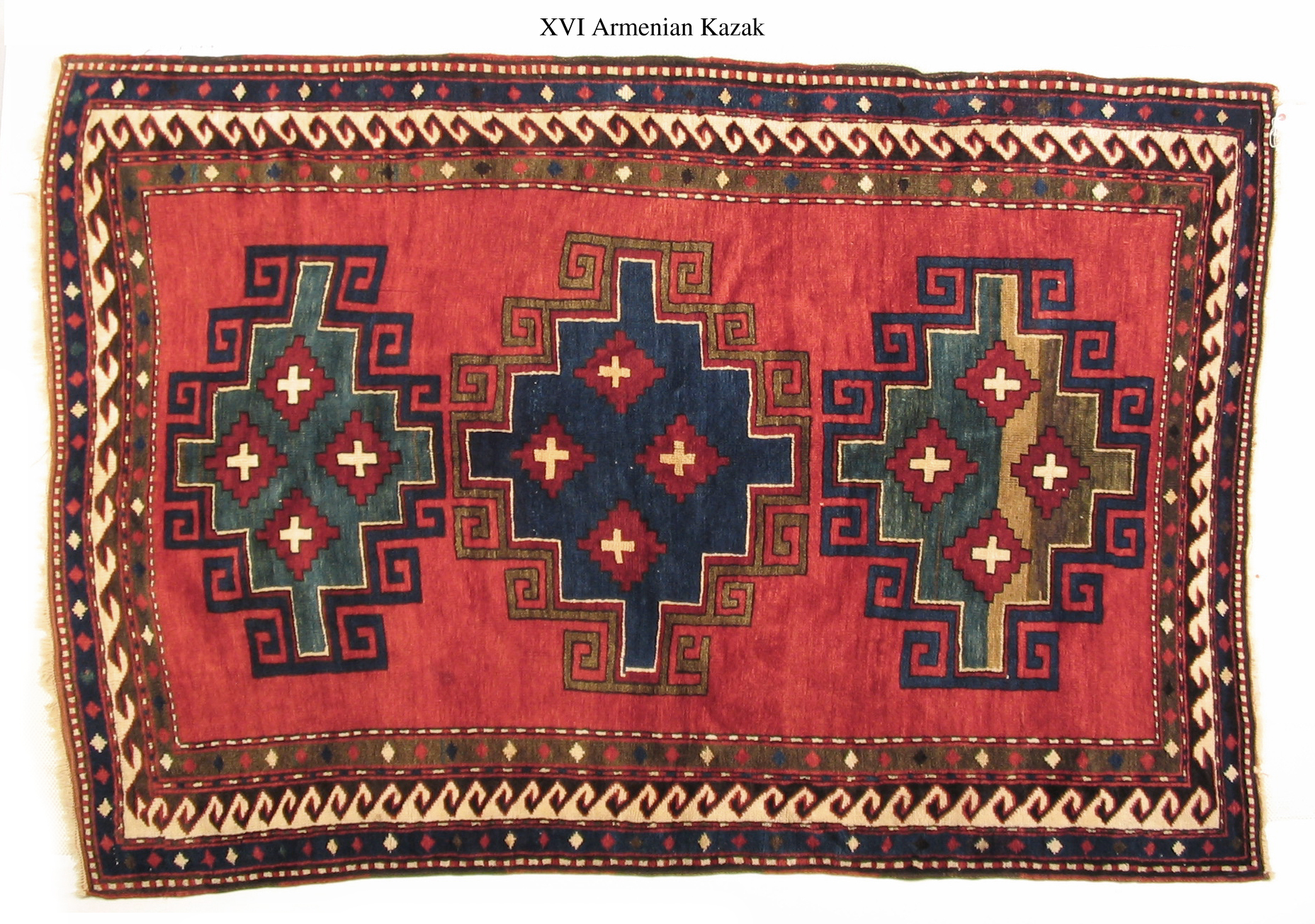 To eat healthy, organic and delicious food as the Armenian cuisine is one of the oldest and tastiest in the world. 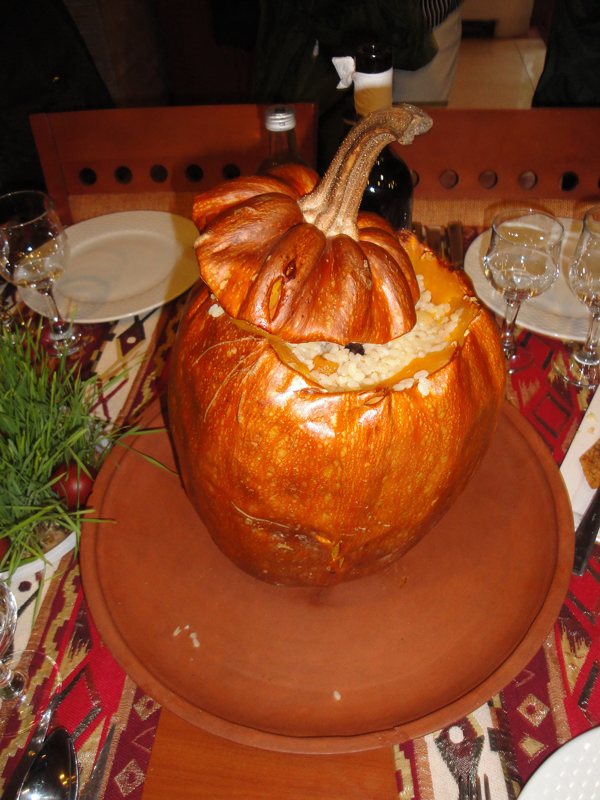 To ride the world’s longest aerial tramway (5.7km), “Tatev wings” which will take you to the huge monastic complex of Tatev (10th century), indeed a fairy-tale fortress – monastery nestled on a promontory surrounded by deep gorges. 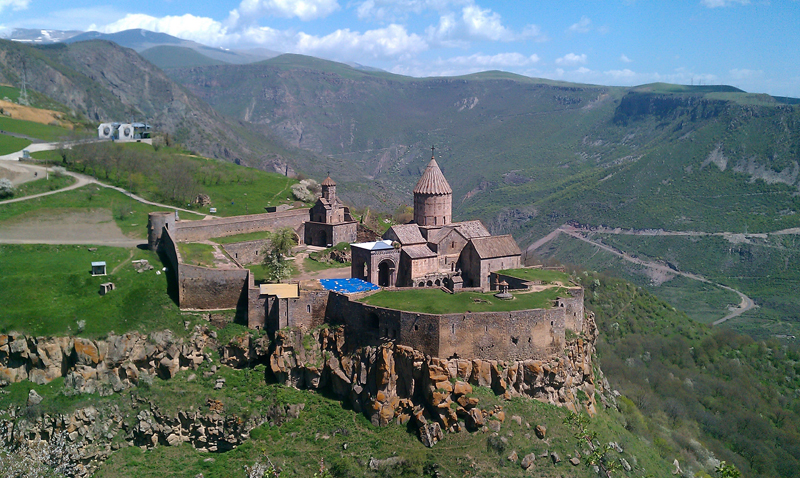 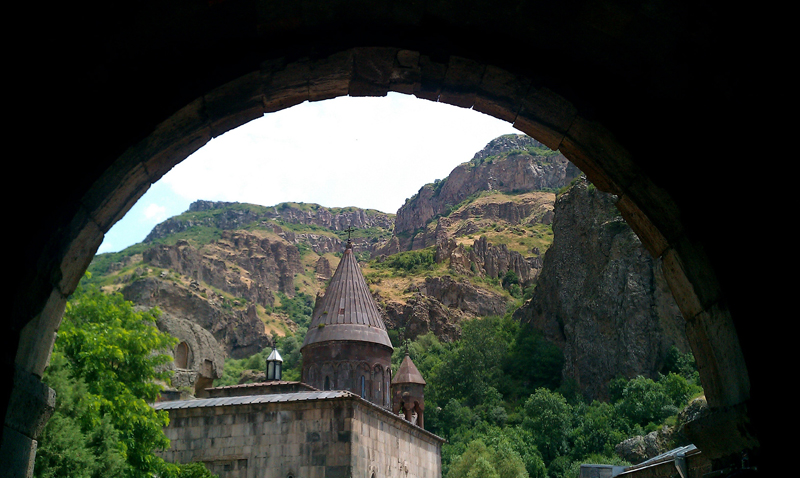 To stand on the old Silk Road, its bridges and see caravanserais (hotels of antiquity). The Silk Road was about 7000km long, and 500km passed through Armenia. 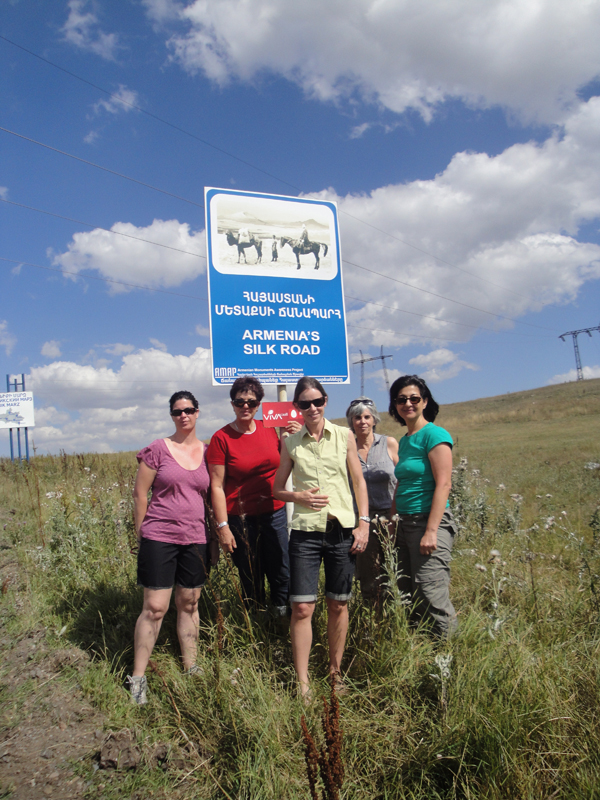 You will be amazed by the diversity of landscapes of this small, yet ancient country with over 5000 year history. From semi deserts up to the alpine meadows, snow-capped peaks  and white sand beaches of the Lake Sevan, the lush forests of Dilijan or the huge red rocks of Noravank Canyon. 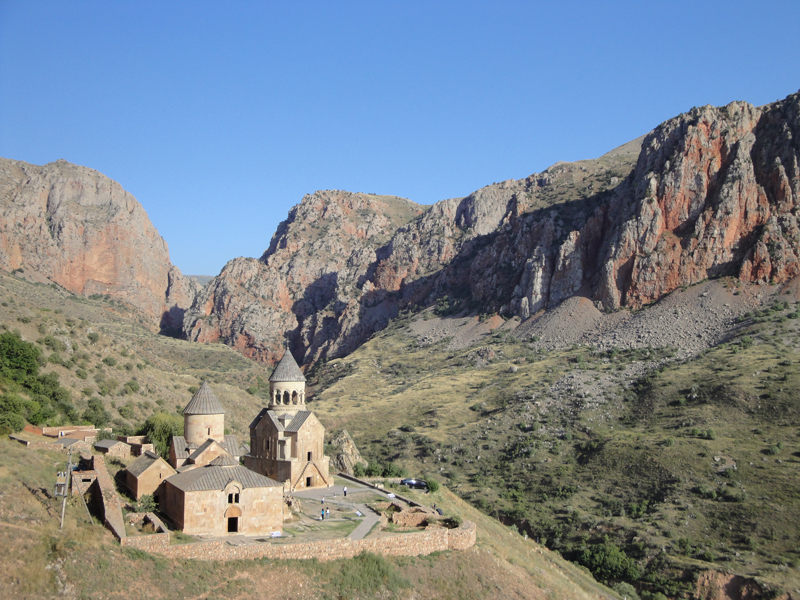 To visit one of the world’s ancient continuously inhabited cities – Yerevan, the pink-colored capital of Armenia founded in 782 B.C. It’s called so because most of its building were built  by the local pink rock (tuff) quarried in Armenia. Erebuni (Yerevan) fortress is 29years older than Rome.

14. Spends time in the Spa Town of Jermuk

To spend a few days in Jermuk spa town and ski resort, the jewel of Armenia famous for its hot mineral water springs. 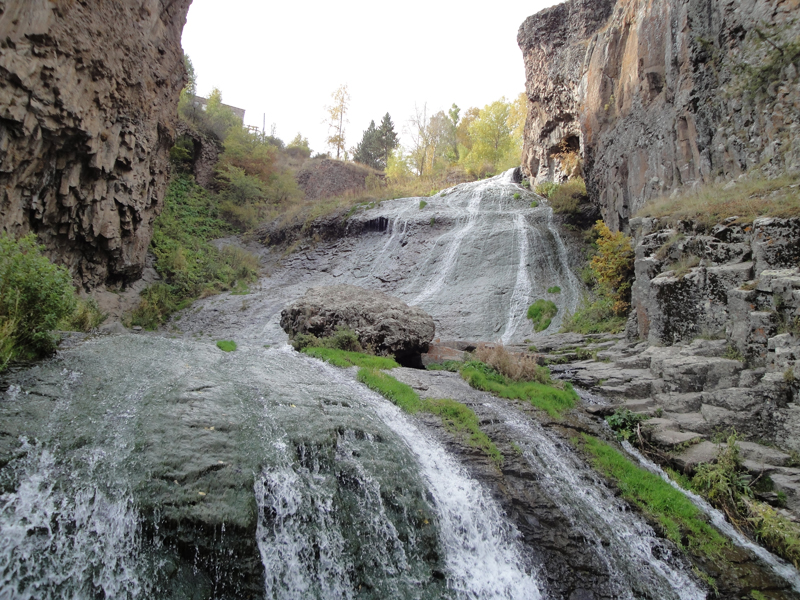 Armenia is quite affordable to visit. The prices on food at restaurants and hotels are quite reasonable.

While the country's ancient monasteries, candle-lit churches and high-walled forts are obvious highlights, your fondest memories of Armenia will most likely lie with the locals themselves. You’ll easily find friends among these gracious, humble and easygoing people, even without a common language. Liked the way you shared your experience. Nice pictures!