The kingdom of temple Cambodia is not only famous for Angkor Wat or Angkor Thom but also the “sacred sanctuary” Kulen National Park, which used to belong to ancient Khmer people and its legends. Located near the equator, the best time to take a Cambodia tour packages starts from January 11 to April. In this period, it becomes cooler in Siem Reap, making the best occasion for you to visit Phnom Kulen National Park.

Phnom Kulen is a huge plateau around 50km from Siem Reap and about 15km from Banteay Srei. In the 9th century, King Jayavarman II chose Kulen as the first capital of Khmer Empire, which led to the glorious era of Angkor. So nothing will be more interesting than walking through primery forests to take in the views from the top of Angkor ancient capital and having an incredible shower under the Phnom Kulen waterfall. 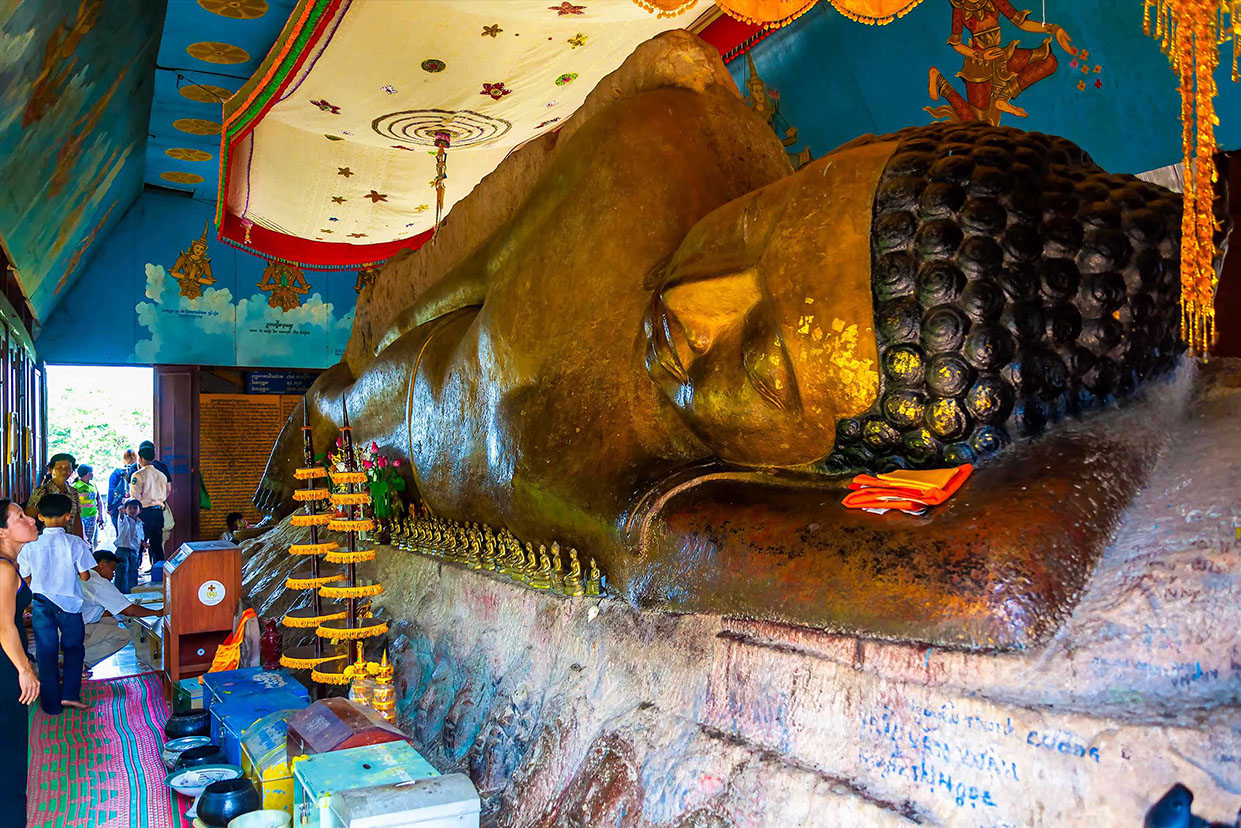 As recorded in many documents, the Kulen Mountains National Park houses 37 temples, 1000-yrear-old ancient temples, especially Paang Thom temple or the Big Buddha temple. For more details, this temple is built on a huge rock with 20m in height and nearly 100m in wide. On the upper part of the rocks, there is a giant reclining Buddha stone with 9,7 in length and 3,3m in height.

According to the legend, on building Angkor, the Khmer were assisted by gods who left their giant footprints around the site. Paang Thom Temple has long been the pilgrimage shrine visited by many Buddhists around the world. On visiting the place, you will be mesmerised by the mystery sceneries of incense smoke and emerald mountains.

From the Paang Thom temple, creeping through tropical forests and rocky areas, visitors can discover the divine spring Linga or, as called by natives, the Stung Kbal Spean. The spring will make you astonised by many beautiful waterfalls with streams of crystal water flowing through woods, along the steep winding trails. In 1054, King Hashavarman III ordered to build 3 dams and to make the bottom of the river to become a massive masterpiece of stone sculpture. 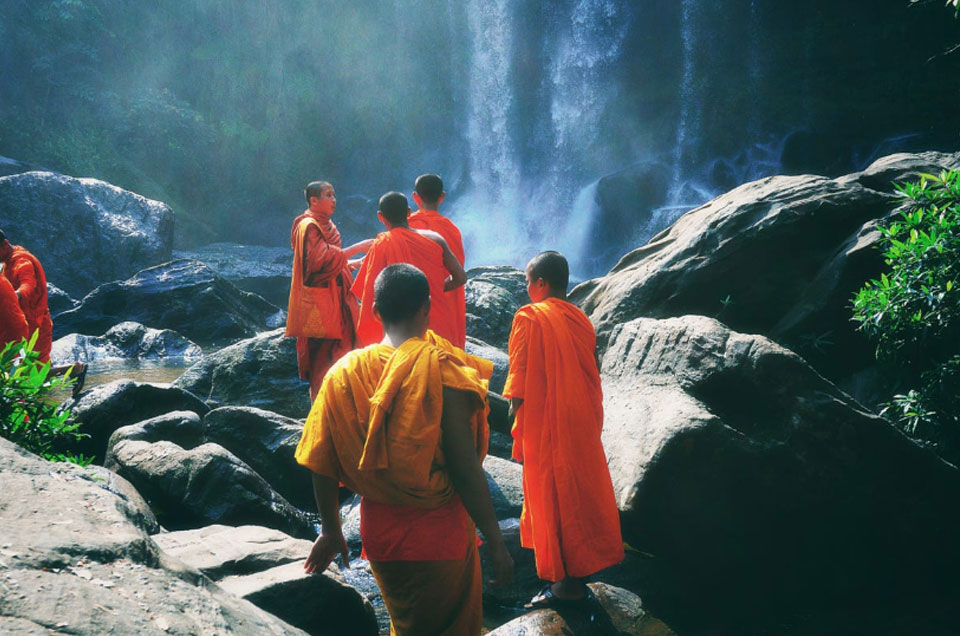 Have a closer look at the bottom, you can see thousands of Linga, Yoni, Deva God and fairies Apsara statues with various sizes and types. The Linga Spring is famous for possesing the supernatural power, attracting millions of pilgrimage tourists every year. They usually sincerely sit on Linga and Yoni stone to pray for strength, regreting for their wrongness and wishing for lucks to come. As for children, they are brought here to take some spring bath for health and intelligence. More specially, on holidays and full-moon days, people flock to the area to dance or divide into small groups to pray in different towers.