Some of the world's most remarkable infrastructure projects are bridges. Besides being vital transportation links, these bridges are architectural marvels.

The Rolling Bridge is a type of curling movable bridge completed in 2004 as part of the Grand Union Canal office and retail development project at Paddington Basin, London.

The Rolling Bridge was conceived by British designer Thomas Heatherwick, designed by SKM Anthony Hunt with Packman Lucas, and built by Littlehampton Welding.

It is twelve meters long and opens every Friday at noon. The Rolling Bridge lets boats pass by curling up until its two ends touch. 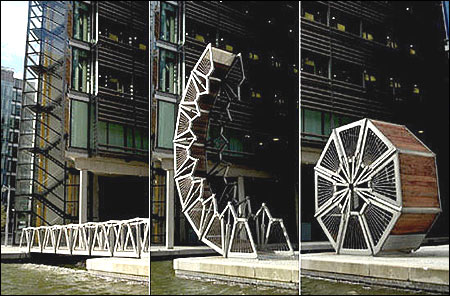 The Neal Bridge located in Pittsfield, Maine, completed in Novemeber 2008, is designed and built using structural composite materials and techniques. 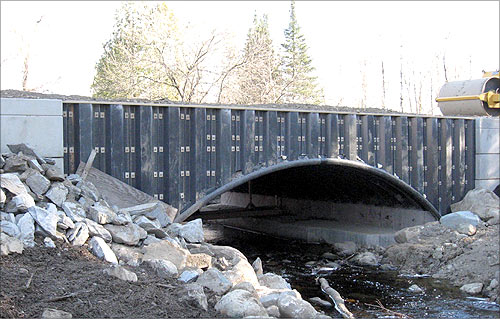 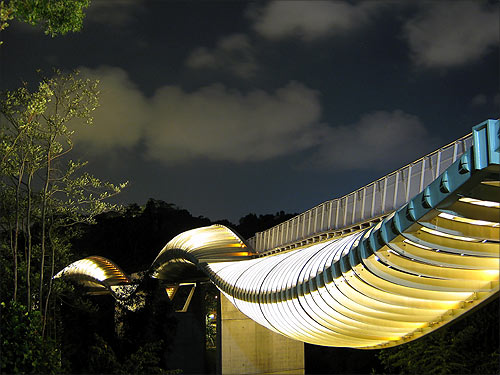 Completed in 2002, this asymmetrical bridge is built across the Lake Paranoa in Brasilia. 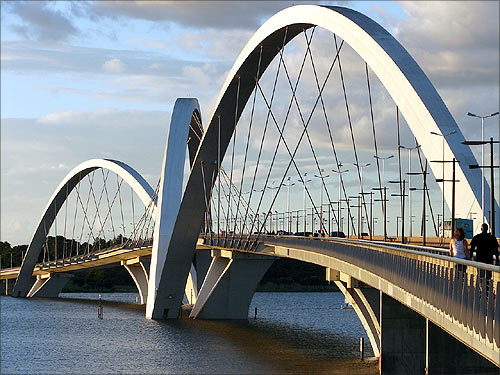 The Octavio Frias de Oliveira bridge is a cable-stayed bridge in Sao Paulo, Brazil over the Pinheiros River.

It is the only bridge in the world that has two curved tracks supported by a single concrete mast. 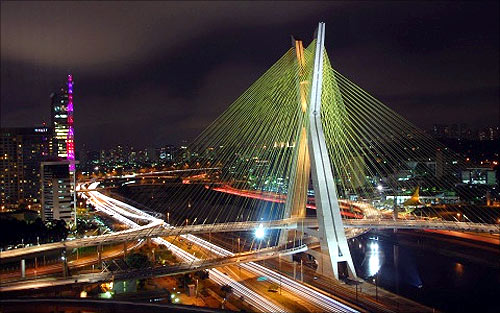 Opened in 2004, Norman Foster designed this huge cable-stayed bridge to carry travellers across the valley of the Tarn River in Millau, Southern France. 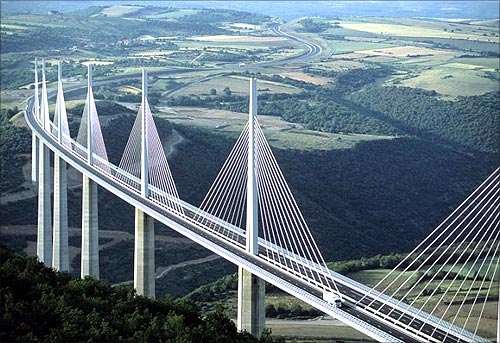 This bridge crosses the Seine, a commercial waterway in France. With pylons at a height of 282 feet, the Pont Gustave-Flaubert is Europe's tallest lift bridge. 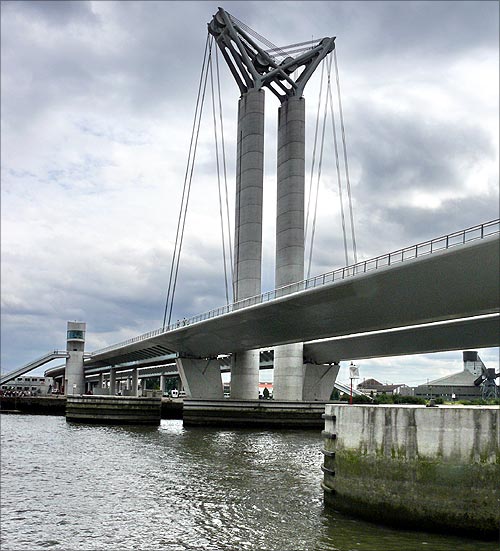 This curved pedestrian bridge is 2000-feet above sea level at the top of Mount Mat Cincang in Malaysia. A cable car takes tourists to the 400-feet long structure. 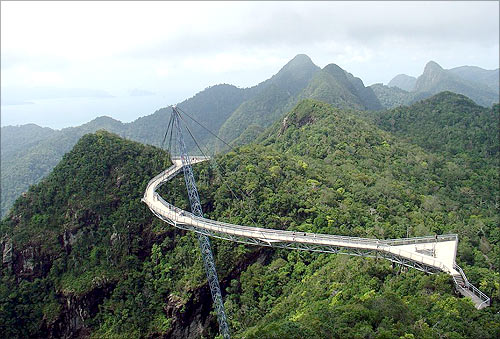 The Hangzhou Bay Bridge, the longest sea-crossing bridge in the world opened in May 2008.

It is 36 kilometres long and reduces the distance between Shanghai and Ningbo by 120 km. 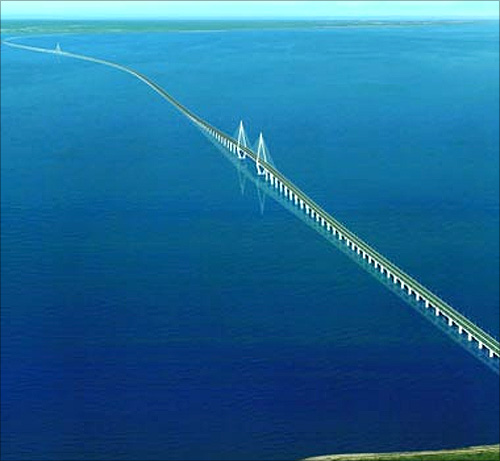 The Oresund Bridge crosses the Oresund strait and joins Sweden with Denmark.

The bridge connects Sweden and Denmark, and it is the longest road and rail bridge in Europe stretching across a distance of length of 4.8 miles. 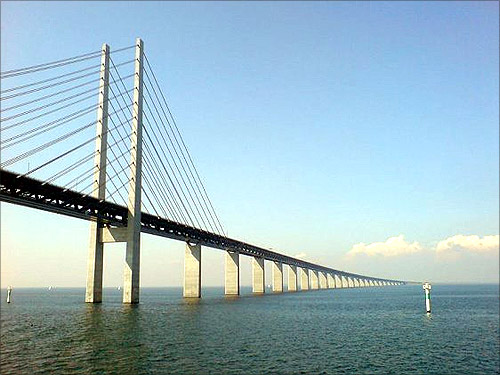 Thanks for your read and nice reply.

Wow, amazing post! I hadn't heard about any of these bridges before. Haha the curling one's pretty cool! I think my favourites are the Langkawi Sky Bridge in Malaysia and the Millau Viaduct in France as both seem to have amazing panoramic views.. they're added to my places to travel list.. and if I never get there atleast I saw some great pics, thanks Jimken! ;)

If you are planning to visit dont be get late.

Wow...they're amazing, it's hard to believe they're real. The Henderson Waves looks beautiful, but they're all pretty amazing!!

Thanks for all these cool pictures, these bridges are really amazing!

5.The Wind and Rain Bridge

Thanks for the update Dreambeach.