Mustang is one of the districts of Nepal. It is divided into two regions as lower Mustang and Upper Mustang. Upper Mustang is a fragile land in substitute of Tibet. Bare land escapes with many wind passes and cultivated lands, Many traditional villages based on Tibetan culture and more than 15 Buddhist Monasteries and scenic flight through Annapurna and Dhaulagiri Himalayas are the major attractions of this trip. 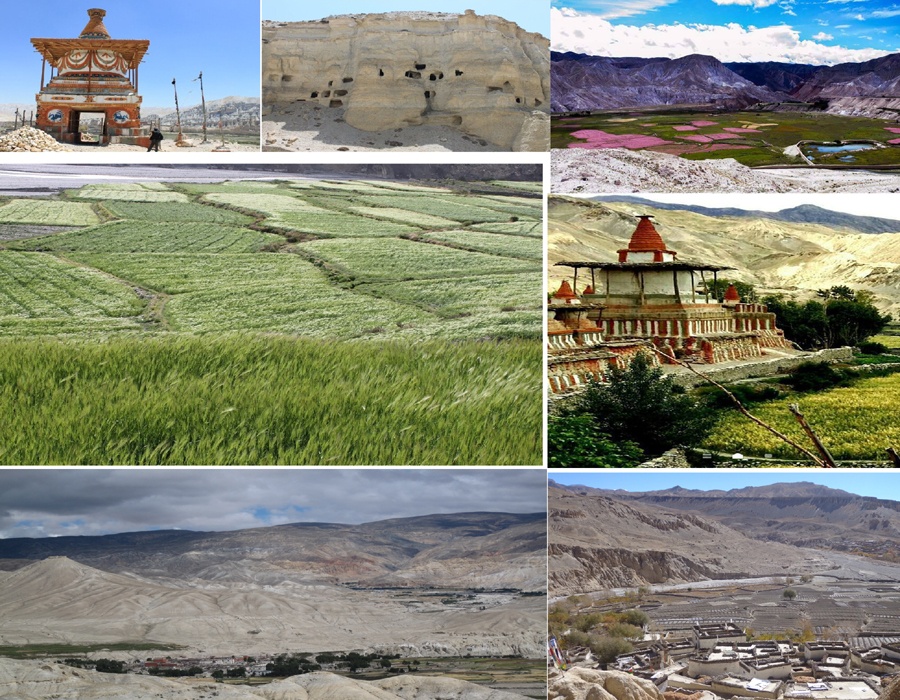 Upper Mustang Trekking, there is something about a hidden kingdom that captures everyone’s imagination.  What is amazing is that you can actually visit such a place – in Nepal. The Upper Mustang trek region is an incredible place to trek in what had been a Buddhist kingdom.

But to the people of this region, many still consider themselves under a king, who can trace his lineage back to the kingdom’s founding in 1380.

The local people call this land the Kingdom of Lo. The main city is called Lo Manthang and is a walled city dating back to 1380.

The kingdom of Lo did not become a part of Nepal until 1950 and following the Chinese invasion of Tibet, Lo served as a base of operation for Tibetan Freedom Fighters. The Dalai Lama finally asked that hostilities cease in 1970. The area has been peaceful ever since. 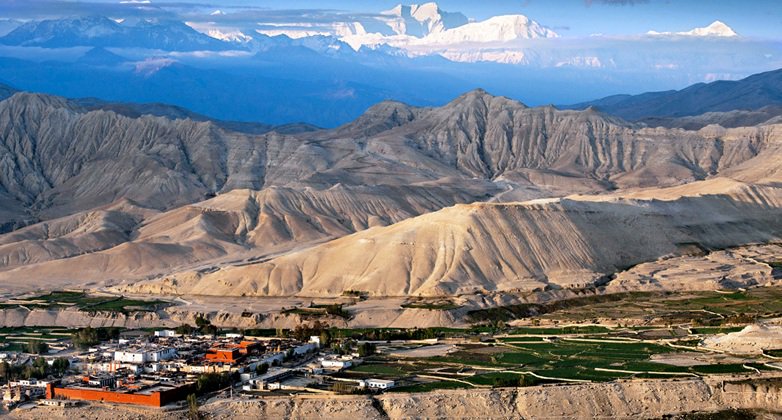 The region of Upper Mustang trek looks like nothing else in Nepal.  The snowcapped peaks of Annapurna and Dhaulagiri rise to the south, while the land north to the Tibetan border looks like a barren desert in places. It is mostly treeless with the wind blowing almost constantly.

The residents of Upper Mustang region are primarily from Tibetan origins and had developed a high culture in the three cities and 30 villages that dot the region.

Trekkers will visit the principal cities and some of the villages and see village life in Upper Mustang trek. There are numerous Buddhist monasteries that reflect its Tibetan origins. One monastery, Ghur Gomba is over 1200 years old.

While the Upper Mustang trek area is remote, lodging will be in tea houses along the way where visitors can immerse themselves in the local culture.

It is almost impossible to describe the Upper Mustang. It requires a personal inspection, which will charm and impress any visitor who makes this trek into the heart of what had been not long ago forbidden territory.